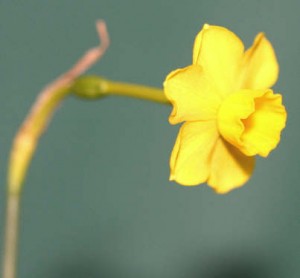 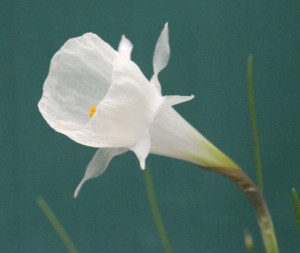 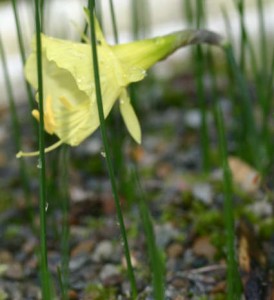 All,
Three little flowers blooming to-day in the rain. Has anyone tried intercrossing N. calcicola x N. bulbocodium and or N. cantabricus var foliosus ? If so did the crosses produce viable seed?
There is some encouragement that it might work because Fernandez Casas has named a wild hybrid N. x romoi that is reputed to have as parents N. cantabricus and N. fernandesii. – a fairly close pairing.
Maybe this is a question primarily for Harold Koopowitz,  Ben Zonneveld and hybridisers of miniatures.
It is not usual to have N. calcicola in bloom at the same time as the other two – I will mate them but I’m interested in advance information on the prospects of success from those who may have tried this or similar crosses.
Brian Duncan