This may show how vivid some of the colors are in central Ohio this year.  Taken yesterday at the Granville Garden Club show, their 64th such show.
Although not a judged show, it’s an excellent place to see different varieties in person.  There where four stands such as this one on display plus many tucked in elsewhere as well as large and small special arrangements by members.  Perhaps the greatest sheer number of distinct cultivars I’ve seen at the same time in the same place.  A banner year for them I think.
Jill Greisse, Louise Denny, Jean Kerle and many others were involved in bringing it together.
Drew McFarland 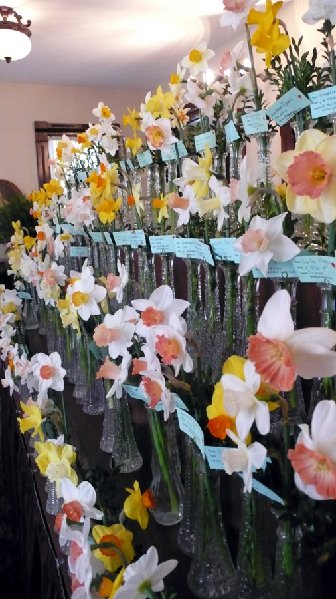